We meet often in our lives, our paths are fatefully overlapping . After that I am mostly alone in this place, with my feelings, thoughts and ideas. Interfaces are places where our lifes are turning, taking  a different direction and are leaving the planned path. 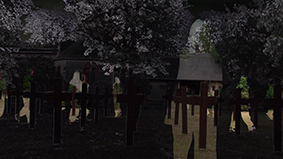 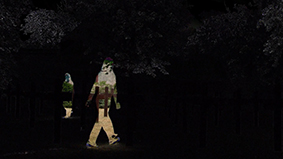 Inconceivable time -  conceivable picture. A moment in the past or a wish for the future - quickly over. Images of places, situations or people appear before the inner eye, becoming interpretations of happy or sad moments without the chance to change them.

I describe how I experienced the Corona Lockdown, my opinion, how I spent the time during the Lockdown, my feelings and my vision about the future for the "After Corona Isolation". Corona isolation has changed our lives, made personal communication difficult and a “new normal” has emerged 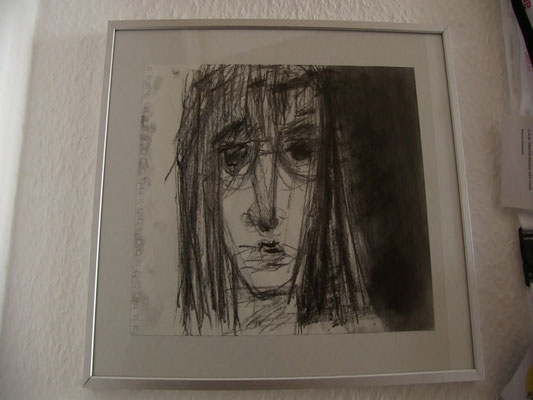 In Sefrou, we explored what’s left of the city’s once very lively Jewish culture and its quarters, the Mellah. Before the mass migration (a modern time Exodus?) to Israel in the early 1960s, Sefrou was called Little Jerusalem. 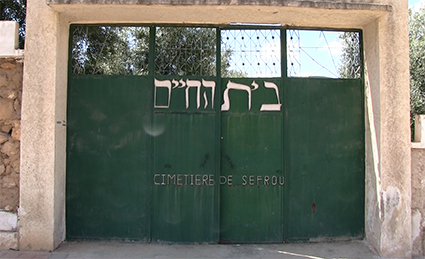 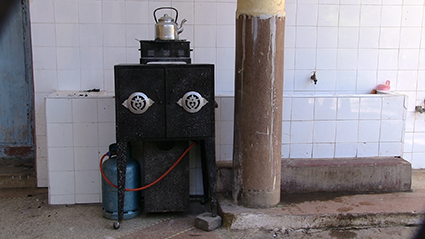 Climate change is shifting a lot in our lives. Animals in particular are exposed to these processes without protection, many animal species are threatened with extinction, bird and fish populations are declining, the dying of trees, But it is basically a give-and-take basis. Nature strikes back. Our Living conditions are getting tougher. How far do the changes go? It depends on us.

it was love at first sight. Yes, I know there are several trees here, but for me it is the one tree that stands on several legs. I want to take this tree with me. Tomorrow, when I wake up in another place, when I look out of my window, I am longing to see my tree, my love again.
The project was realized in Artists in Residence Programm -Ateliergemeinschaft Kunsthalle Kleinschönach 2019

OPEN DIALOG     Today we live in a dynamically developing world, where often what is considered safe today has no value tomorrow. Spatial distances are quickly overcome with modern means of transport. This leads to encounters between people which were recently unthinkable. Open exchange arises between those People, which is intensely and emotionally led- Relationships are made, but due to different lifelines quickly lost again-people have to go different ways- The separations are painful ...     The project was realized in Petrozavods, Rapublic of Karelia, Russia  in 2018 during an Karelia Artist in Residence programin Медиа-центр Vыход/ Media Center Vykhod

Finally free - Escape from civilization - freed from all constraints. The mountain world, which is so hostile to life in the first place, immediately conveys a feeling of security and immediately becomes a place of longing for the beholder. The floating ceiling gives the place something mystical, there the little church, spirituality awakens - the so unapproachable place becomes the source of deeper knowledge for those who reach it. Shoes that no one owns, footprints in the snow - departure to another life. Part of the Project By the Way 365 Macedonia

ESSENCE 2010, 4 min, Every perspective is shown as own identity, each of them is occupying the artist completely. They are mutually entering an elevator for being traced back to there very core, combined and interwoven – in a creative process in which the artist is keeping prevalence over every perspective. As a result this very essence is depicted to the viewers, here embodied as the one artist which returns from the elevator .

Treppenhaus One of the important motives in this Video are staircases. They are in my view a strong symbol of our way up and down – They are used as a depiction of all the numerous steps in our life and how they lead us up and down. 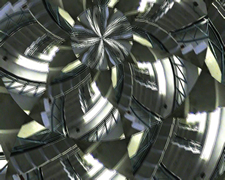 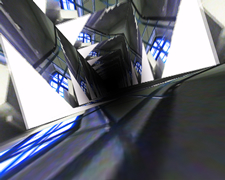 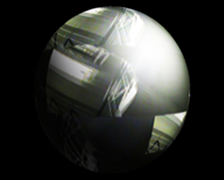 CIRQUITI it once began with a big bang, the creation of the earth and as far as mankind is concerned with the first human Adam. Since then the world is captured in a consistent loop of decomposition and resurrection. Humans are fertile, increased, and made themselves masters of the earth; they are apparently rulers over every thing moving on the earth - arent they?

EAST T(w)O WEST "It seems that all my life I'm dancing on a wire stretched between two fortresses."
Departure: The trip from East to West. It is always like a stretched rope which is unsecured and you can easily fall and get lost. The rope merges, serves for transport, but it is not secured.
Arrival: I want to present the impact of the political information which simply traps us, limit us. Here are meaningful social-political scenes starting from the past up to today. Politic is everything for us. It is morning, noon, evening, mum, dad.. It is our life's circulation.
Survival: East arrived in the West. Bare footed. Will he loose himself, or has he found his better road? A question to which I personally do not have an answer, what do you think about that?

FREEDOM When we came back home, we have a big wish for freedom. Get rid of all clothes which we are wearing through the day. I like this feeling of freedom. I feel free, I can breathe, and sometimes I feel I can fly. Freedom...... Maybe somebody is observing this freedom from the corner...

U-BAHN I have to use the Metro every day. I was in obsession with this travelling. I took my camera and started with "spin"-shooting. The camera was running near to my body. I did not control the camera, I was just shooting. The first chance to see what I have done was later on at home. ...What are they talking about? Does it concern me? Must I feel threatened.?

CITY I made this project in Istanbul. People at the streets, at the market, in the office, in the kinder garden, tourists repeated the word Istanbul. I asked the people about the city, and suddenly in one bus ignited a discourse between passengers about Istanbul. I shooted a 97 years old lady. She told us about the developing of Istanbul from sultan times to AtatEk and until today.

SARMA "Sarma" is a documentary about an asylum seeker from Iraq with Turkish ancestors. The meeting with this man occurred all of a sudden. He invited me on Sarma (my favor food). I always asked myself what are the real impulses to surrender the complete social live, to be prepared to pass all risks in order to come into a "promised country". He explained his life in Iraq, his way and how he came to Germany. But, here is another phenomenon which always exists. Asylum seekers can give up there rules and habits from there origin countries. They are slowly and difficulty adapt to the "new life". They start to dream about there homeland, family and partner from the own country...

VISUM FÜR EUROPA I was invited to an Austrian Artist in Residence Program which should last for three month. But the Austrian Embassy in Macedonia gave me permission only to stay in Austria for 30 days. I was told that I can not prolonge my visa in Austria I rather have to go to the Austrian Embassy in Munich, Germany to prolong my visa for Austria. I was shooting this European Paradox.

WHAT IS ART FOR YOU? This project was made in the Art Colony Galicnik, Macedonia. We were eight international artists - everbody of them gave me an answer in their own language to my question "What is Art for you?"

AT THIS BOTTOMI intended to depict the coexistence of worshipers of the two big religions -the Muslims and the Orthodox- who have to life with each other within a limited geographical area - at this bottom. Bajrams and Eastern is celebrated together as well as Ramadan and Christmas. The people with cross and moon should respect each other. They where born on the same soil - but a lot of roads and wars were crossing and unfortunately are still crossing, and currently there is no indication that they will stop crossing in future, on this ground, on this bottom, where turbulence rules, but peace is severely needed. In both religions you will find the command "do not makewar", but the religions symbols are still burning.

ON THE WA TO/FROM MACEDONIA One the way to /from Macedonia is a reflection of what has happened in summer 2001 in my country. The soldier is going to stay in Macedonia. He has to be (for) Macedonia, I am able to leave (from) Macedonia...Unrest, nightmare, everyday the uncertainty of tomorrow preassures me, is hunting me. For how long an empty tomorrow will meet me.

ART SESSION  "Dedicated to Era Milivojevic" is a documentary about the famous performance artist that offers a presentation of his work and thoughts on art, and on the transition from "performance" to "art session"

WHEN FUCK THE PIGEONS The feminine principles versus the masculine, nature versus urbanity, the individual versus society, emotions versus reason...(Irena Paskali, Nikola Simanic)

ZWISCHEN Can we release our brains which seems often to be enclosed in glass caskets forever, subject to the unwanted, messy, manipulative influences, just artificially being fed with those information's authority think are useful? Are we able to set our brains free for good intellectual evolution...

NEST What is Nest? Needs or wish. How many Nests we can build through our life?! A lot of them. People are looking like birds; they can always build a new nest where they are. I ask myself which nest will be better - where we have our roots or where we have good conditions for life.

ONE DAY ONE LIFE There is a woman sitting in front of you, lonesome. Her name is Duska. And she is speaking, confronted with herself, she's retelling her story..

TETRAGRAMMATON Every realisation of an idea has to cross the four basic elements. An idea is air born, developed in fire, canalised in water and realised on earth. 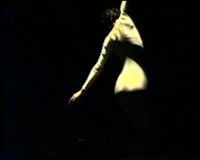 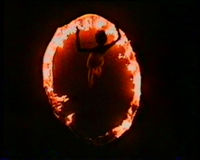 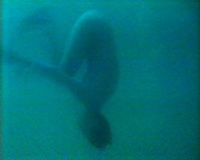 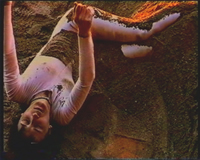 DAS ICH The incorporation of oneself/one’s body and the exposing of one’s intimacy, feelings and fears to other people’s eyes – in order to illustrate different, universal social messages. 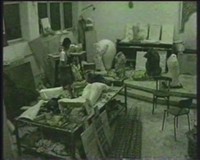 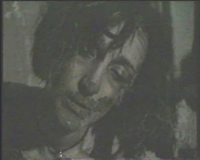 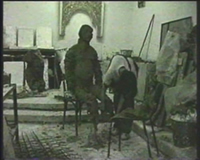